Posted by: Becky Categories: All Stories Role play before procedures
No comments 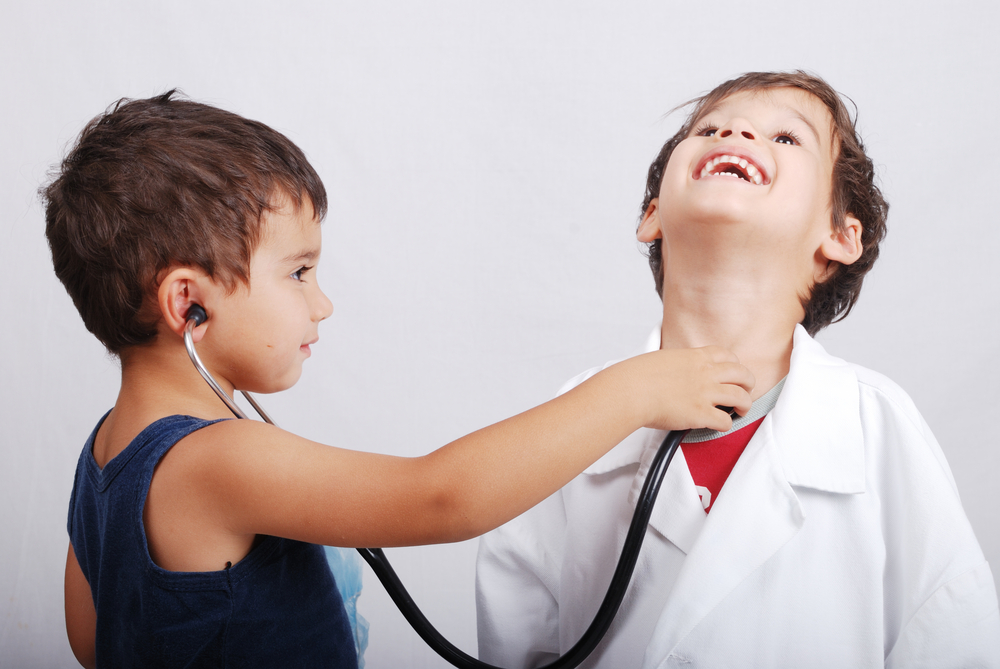 The Story of Connor – Brisbane Australia.

Role playing a few days before the surgery using a doctor’s face mask, gown, over-boots, an oxygen mask and other items in a Doctor’s bag was incredibly helpful. Connor had a great time pretending to be the doctor with me as the patient and vice versa. Using the items from the doctor’s kit allowed me to talk to Connor about what will happen during his time in hospital in a fun, relaxed way.

There was a long wait prior to surgery at the hospital, which was very stressful as Connor had to fast from the night before and was hungry. We had packed a bag of new surprise toys that he could only start playing with once in the surgery waiting room, just little things such as a tiny Lego kit, matchbox car, small toy dragon in an egg and a colouring-in book. This was a wonderful distraction from his hunger pains.

We also let Connor choose a special soft toy to take and he picked a teddy bear that stayed with him the whole time and went into the operating room with him. The nurses at the hospital even put an admission band on the bear and gave him a doctor’s surgical hat to wear; Connor loved this.

Once in the operating room and when the mask was placed on his face to knock Connor out, I found it a little scary seeing his pupils constrict with the anaesthetic, he was fine, but this scared me a little.

After the surgery, he was incredibly emotional, which I was told by the nursing staff is common because of the anaesthetic. He was very irrational, crying, laughing and then crying again for no apparent reason. He was also starving and wanted lots to eat … which he then threw up.

Connor’s surgery was over relatively quickly but I think I should have taken something with me to do while waiting to take my mind off it, even just a magazine, knitting, crossword, anything, because I found myself just sitting stressing.