A little bit of my story 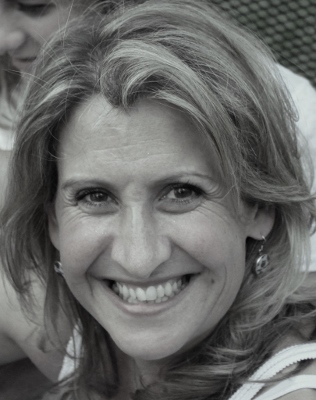 What do we do? How are we going to cope? What’s going to happen?

The questions were endless. My mind went into overdrive and there was no time to really think about it all; it just happened. There I was in hospital, sitting by my son’s bed, feeling totally overwhelmed and lost.

We have time to prepare for most things in life. At other times events overtake us like a tropical storm crashing through and all we can do is hang on for dear life, trying not be swept away by the wind. We are left to make sense of the mess that remains, attempting to find solid ground to stand on.

My husband Marty and I have four children and for us, hospital was a place to give birth and then visit only a very few times thereafter. We managed this pretty well with our first three children, just a few visits to casualty for overzealous children falling off bikes or out of trees.

But then suddenly I found myself in a UK hospital ward with our fourth child Gus, then aged two, in a much more serious situation. I was told we couldn’t leave for our emigration to Australia in a couple of days, that Gus would be staying in the hospital for a while, as something was very wrong with his breathing and they needed to find out what it was before he could fly safely. I felt like my world had been turned upside down!

I was totally unprepared and in completely foreign waters with my little man. He was scared and I was confused. I felt as if all my parental control had been taken away. We were at the mercy of these medical people who used long words, who insisted on torturing my baby with needles, injections and disgusting medication, who woke him up day and night when he was sound asleep, who starved him before general anaesthetics and so much more.

I had to learn very quickly how to cope, how best to love and protect my child in this new environment and how to work alongside all the medical staff. Ultimately, I had to prepare Gus for each new day, trying to eliminate the fear and anxiety in him, showing him that Mummy was still there loving and protecting him, being his constant security and stability.

Gus spent time in four different hospitals in the UK as we were moved about trying to find the right diagnosis for him. We eventually made it to Australia and were looked after in the most amazing hospital in Brisbane. I would like to thank each and every one of the people in those wonderful hospitals for their part in diagnosing, treating and finally curing our little man.

Gus was eventually diagnosed with ‘atypical mycobacterium’, a form of environmental tuberculosis that is extremely rare in children. It produced a large benign mass/tumour between his lung and his heart, which grew so rapidly that it broke through the wall of his bronchus and blocked the airflow to his lung. They removed the blockage in the bronchus under general anaesthetic, allowing him to breathe, and then put him on very high doses of medication in an attempt to kill off the main growth.

The problem was that the tumour kept regrowing and blocking his bronchus again within a few weeks, meaning he had to constantly go under general anaesthetic. Over the months, the medication gradually slowed the rate at which the tumour grew. Finally it stopped growing and his little body started to take over the fight and build up strength again and by the time he was five years old, he no longer needed to have any medical intervention. Nevertheless, it had been a totally exhausting three years of 18 general anaesthetics, a year of drug therapy, five different hospitals and an international move from UK to Australia thrown in!

Through this whole experience I learnt so much. Moving hospitals was very traumatic at the time, yet it enabled me to observe the different set-ups and facilities each one had. Even within the same hospital, different wards were often run quite differently. I eventually learnt to grasp each new challenge, learnt how to make the most of each experience, and how best to prepare for each visit.

Gus and I have been on wards where families and patients were very chatty and friendly. We have also been on wards where the seriousness of our children’s illnesses were so all-consuming that few words were spoken between the families, just smiles of understanding for each other’s pain.

In this book I have shared some of the things I learnt; I hope that it will enable you to prepare for your young child’s time in hospital and help you to cope while he or she is there.

This book is written almost entirely on my own experiences. I trained as a Nursery Nurse, NNEB, in the UK and have had over 25 years experience working with and looking after children in all sorts of situations. I know the importance of parent – staff – child relationships and have experience working with children in difficult situations. However, when it is your own child and you are there as a mother, not as a teacher or carer, it is totally different. Your emotions take over and all common sense flies out of the window. I was lucky to be able to draw on my training and experience to cope when Gus went into hospital, but I know that this isn’t the case for many people.

I have written this book as one parent to another, not as a professional expert. I didn’t know all the right medical terms at first: “ear thing” and “tube bits” got me through to start with and I picked up the real names for things as time went on, not that it really mattered. I have alternated using ‘he’ and ‘she’ throughout the chapters, as it really doesn’t matter if you have a boy or a girl, the principles of the way you look after them during this time are much the same.

I am also very much aware that every child and situation is totally different, in both severity and the ability for both child and parent to cope. I cannot begin to imagine the heartache of having a terminally ill child and have not touched on that in this book – I will leave that for the amazing, wonderful parents who have had to travel that journey. If you are one of those parents, my love and prayers go out to you.